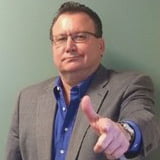 Mr. Hane has been named a “Southern California Super Lawyer” in Employment Law since 2009, a designation bestowed on only the top 5% of lawyers in this region by Law & Politics and Los Angeles magazines.

As the founder of California Employment Counsel, APC, in Orange County, California, Mr. Hane has almost three decades of experience in all aspects of employment law. His practice is exclusively devoted to representing employees throughout California in wrongful termination, sexual harassment,employment discrimination, retaliation, and wage and hour disputes. Mr. Hane has taken over 30 cases to trial and has obtained favorable verdicts in virtually every case, including a $7.5 million dollar verdict with $6 million dollars in punitive damages. He has also led the firm to obtain millions of dollars in out-of-court settlements from employers who trample on the rights of their employees.

Mr. Hane received his bachelor’s degree from the University of California, Los Angeles. He then attended Southwestern Law School and was awarded his Juris Doctor cum laude in 1990. While in law school, Mr. Hane was a Dean’s Scholar in each of his three years and served as an editor of the Southwestern Law Review. Prior to opening California Employment Counsel, APC, he was a partner at a large downtown Los Angeles firm. Mr. Hane is admitted to practice before all California state courts, as well as the U.S. District Courts for the Southern, Eastern, Central and Northern Districts of California, and the U.S. Court of Appeals for the 9th Circuit.

Seeking to stay abreast of current developments in employment law, Mr. Hane has been an active participant in several professional organizations throughout his career. A current member of the California Employment Litigation Association, he has served as a delegate from the Los Angeles County Bar Association to the annual meeting of the State Bar of California and on the Civil Mediation and Civil Arbitration panels of the Superior Court of California, County of Los Angeles.