Is It Illegal to Threaten to Fire an Employee?

When it comes to work, we all want to feel secure in our positions, and no one wants to be constantly looking over their shoulder, worried that they might get fired at any moment. Unfortunately, in today’s economy, job insecurity is a very real thing for many people. If your boss is threatening to fire you, that pressure can be enormous.

While you might not be able to do anything about the overall job market, if you find yourself in a situation where your boss is threatening to fire you, you may be able to take action. In California, it may be considered extortion to threaten to fire an employee, and extortion is illegal. This is because it can be seen as a breach of or act against the Racketeer Influenced and Corrupt Organizations Act (RICO). RICO is a federal law that was originally enacted to help combat organized crime, but it has since been used in a variety of different ways.

In one case that went to court in California, a union required members to donate money to a leader’s reelection campaign. If they didn’t, they would be fired. The court ruled that this was extortion, and the employees who had been threatened with termination were able to make a claim against their employer for wrongful termination. If you find yourself in a situation where your boss is threatening to fire you, it’s worth looking into, as it may be considered wrongful termination. 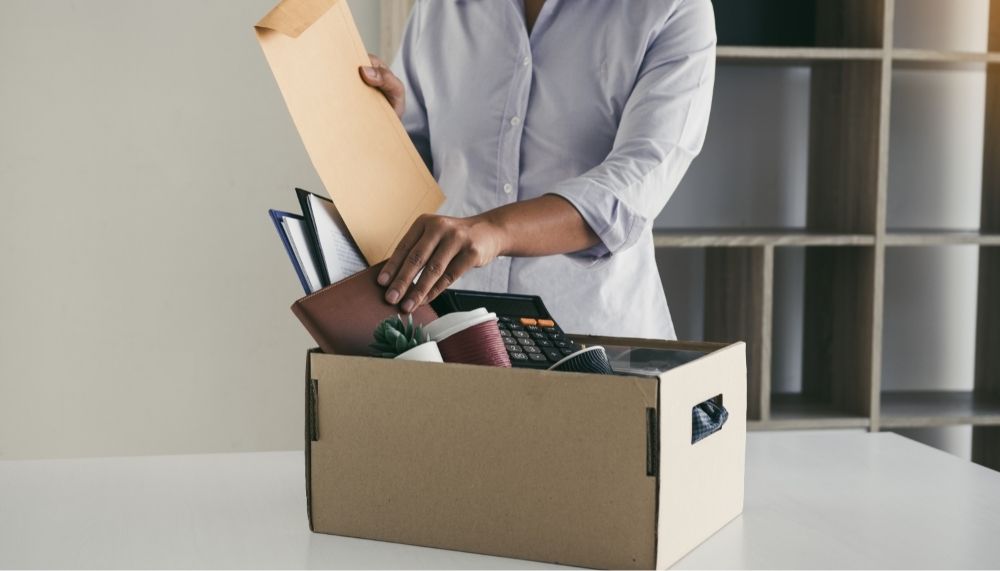 What Is an At-Will Employee?

California is an at-will employment state. That means employees can be fired at any time for any reason or no reason at all. This is the default status of most workers in the United States. While employers can terminate you for any reason, based on good faith that they have cause, there are exceptions to at-will employment. These exceptions include when an employer breaks an oral or written contract, fires you based on discrimination, retaliates against you for reporting misconduct, and more. If any of these apply to your situation, you may have a case for wrongful termination. An experienced lawyer can assist in protecting you and making a claim against your employer.

Other Common Causes of Wrongful Termination

In addition to the exceptions to at-will employment, there are other common causes of wrongful termination, such as:

You have a great case that you’re not an at-will employee if you can show that you have a written contract or another statement that guarantees job security. For example, you may have an employment contract stating that you can only be terminated for valid cause or as determined in the agreement. You may also have an offer letter or other formal document from your employer making promises about your continued employment. If this is the case, you might be able to take legal action to enforce those commitments.

Another exception to the at-will doctrine is an implied employment contract, which includes an agreement based on what your employer said and did. This can be difficult to establish because most employers are very careful not to make such promises. However, it has been shown that employers promised “permanent employment” or employment for a specific duration in certain cases. When determining whether an implied employment contract exists, courts look at a number of things, including:

At-will employees are not fired for unlawful reasons, and discrimination is prohibited. If you believe you were let go due to your race, ethnicity, national origin, gender, religion, age, disability, pregnancy status or genetic information, you should contact a lawyer right away. Discrimination claims have particular time limits and requirements that must be followed. For example, you must first file a claim of discrimination with a state or federal agency before being able to sue your employer in court.

Whistle-blowing laws protect workers who notify authorities of activities that are unlawful or detrimental to the public good. Some states provide whistleblowers with whistleblower protection even if they report that their employer has broken any law, regulation, or ordinance. Employees in other states are protected only when they inform their employers that they have violated certain regulations, such as environmental standards or labor rules.

These are just some of the common causes of wrongful termination. If you believe you were wrongfully terminated, the best course of action is to consult with an experienced attorney who can evaluate your case and help you determine if you have a claim.

What Should You Do If You Believe You Were Wrongfully Terminated?

If you believe you’ve been wrongfully terminated, the first step is to consult with an experienced attorney who can evaluate your case and determine if you have a claim. If it is determined that you do have a claim, your attorney will likely file a complaint with the Equal Employment Opportunity Commission (EEOC) or the California Department of Fair Employment and Housing (DFEH).

An employer should never hold your job over you or threaten your livelihood, even in an at-will state. If your California employer is threatening your job, contact California Employment Council to get started.